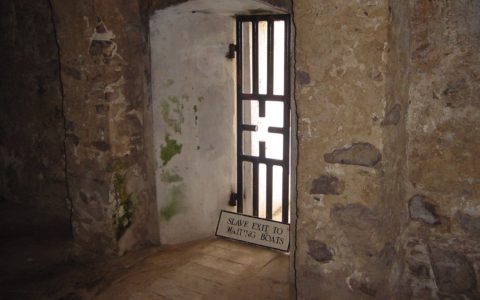 I first visited the African continent a few years ago on a trip to Dakar, Senegal. Though I was there on business, stepping on African soil felt intensely personal. In every interaction, I searched for familiarity and connection. Like many other African-Americans, reading about the late Alex Haley’s ancestral journey in Roots peaked my interest about my connection to Africa.

My grandmother told stories of our enslaved ancestor Kincey, who’d arrived in Florida by slave ship. But I wondered from which West African people he was stolen, and what country today would have been his home. Unsurprisingly, Senegal held no answers for me. But before leaving, I was able to visit the slave castle on Gorée Island, just outside of Dakar. There, I stood in the Door of No Return, where Africans were forced onto ships bound for the Americas, and wondered if Kincey had ever stood there too.

My journey and curiosity are not unique. Many African-Americans also have a deep-seated desire to know more about their personal histories. For centuries, we learned about our family lineage through the oral tradition of elders sharing stories, a practice that can be traced back to Africa. Eventually, however, we’re reminded that our journey is different because the records of our people were lost in the auction halls of slavery.

While most Americans can name one or more countries where their people emigrated from, African-Americans remain largely stumped. Being able to trace one’s genealogy to another country is an essential aspect of the American identity, and this is the hole that Black people have been unable to fill—until now.

Tremendous advances in technology have provided a means for African-Americans to gain some clarity on their families’ histories and their genetic connection to people in African nations. The digitization of census records, death certificates, military service documents, newspapers, and a host of other archives provide a means for uncovering details much more easily than ever before. And while this has become a tremendous source of information, it still doesn’t resolve the issue of tracing African heritage.

But all is not lost. DNA testing is poised to provide answers to the central questions African-Americans have about their origins. Through the provision of a saliva sample, Blacks can now get clues to where in Africa their families began. Though these tests aren’t flawless, they provide a first step in responding differently to that age-old question, “Where are your people from?”

More important is the impact this has on African-American identity, which can’t be understated. As professor Alondra Nelson of Columbia University has written, DNA ancestry test results are valuable in helping Blacks “in the construction of their individual and collective biographies.” Professor Nelson goes on to say that African-Americans turn to genetic testing with “particular questions to be answered, with mysteries to solve, with personal and familial narratives to complete.” This is not a simple matter of quenching an empty curiosity. It’s the exceptionally meaningful pursuit of being able to position a piece of our story in a place and time not mired in the demeaning, brutal, destructive institution of American slavery.

Over the last few years, the sale of genetic testing kits has exploded. Part of this is because the costs have dropped dramatically—from $600 a few years ago to about $100 today. One company, African Ancestry, claims to be “the only company that can trace your ancestry back to a specific present-day African country of origin.”

Black celebrities have helped popularize these specific tests. Oprah Winfrey was said to have Zulu blood; Erykah Badu connected to the Bamileke of Cameroon; and Dr. Henry Louis Gates Jr. of Harvard has helped numerous others learn about their families with genetic tests. The affordable cost and trusted endorsements have caused middle-class Blacks to flock to the test.

The growing Black middle class has taken another step too: travel to Africa, particularly the West African nations that have done much to attract African-American tourism dollars. Ghana’s tourism outreach is the most notable, as it was kicked off a few years ago with an official apology to African-Americans for slavery, offering packages that include ceremonies of remembrance at its ancient slave castles for Black Americans.

With African-Americans spending $40 billion dollars a year on travel (17% of that travel being international), more Blacks are traveling to West Africa than ever before. And the quest for our identity, tied to a specific African people, is at the heart of this increased travel.

Naturally, there’s criticism from those offended that Black Americans are actively searching for connections to another nation. But when a chief justice of the Supreme Court says Black people were never intended to be citizens of the United States, with “no rights which the White man was bound to respect,” it isn’t hard to understand why our origins matter.

Considering that lynchings of Black people turned into public spectacles, with families posing for pictures in front of lifeless bodies, it isn’t hard to understand why we might look for a different chapter in our story. And when police can repeatedly kill unarmed Black men and teenagers in broad daylight, it isn’t hard to understand why we don’t want to believe America is the only home our people have ever known.

As for Black people having no flag, shortly after “Every Race Has a Flag but the Coon” was released, Marcus Garvey designed a red, black and green flag to symbolize the Pan-African connection Black people have to one another. But just like White Americans who brandish Irish or Italian flags, genetic testing now allows Blacks to associate a nation’s flag to their families’ origins.

In her article, professor Alondra Nelson mentions an African-American woman who’d just learned that her DNA ties her to the Akan people of Ghana. Nelson quotes the woman as saying,

My DNA said I came back as Ghanaian. I don’t need the red, black, and green… If anything has changed [about how I perceive myself], it’s that I bought my first Ghanaian flag last year.”

I visited Africa once again when business took me to Johannesburg, South Africa, to celebrate the first generation of Black female pilots. These young women had overcome the barriers set up by the men in sub-Saharan countries’ aviation industry, and earned their pilot licenses to fly airplanes and police helicopters. The event’s closing ceremony happened to fall on my birthday, and at the urging of the trailblazing young women, a towering Zulu man with a deep, commanding voice announced that “one of Africa’s sons has returned after hundreds of years to celebrate another year of life.”

After the room sang “Happy Birthday,” he declared that my Zulu name was Khumbula, which means, “Remember us.” This was a connection that didn’t need verification from a genetic test.

What’s your experience with DNA-testing? Head over to our Contribute page to share your story. 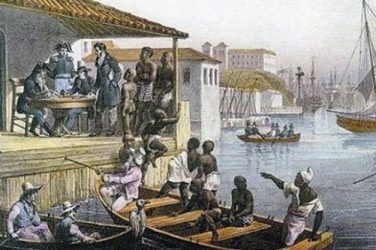 Why Is Brazil Allowing Its Largest Slave Port To Decay? 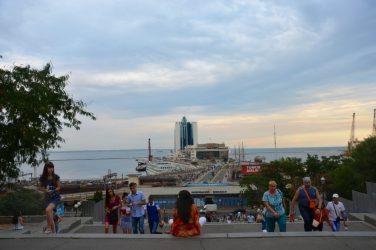 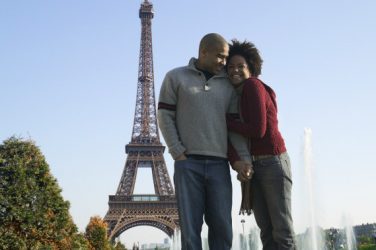 How Traveling With Bae Can Test Your Love