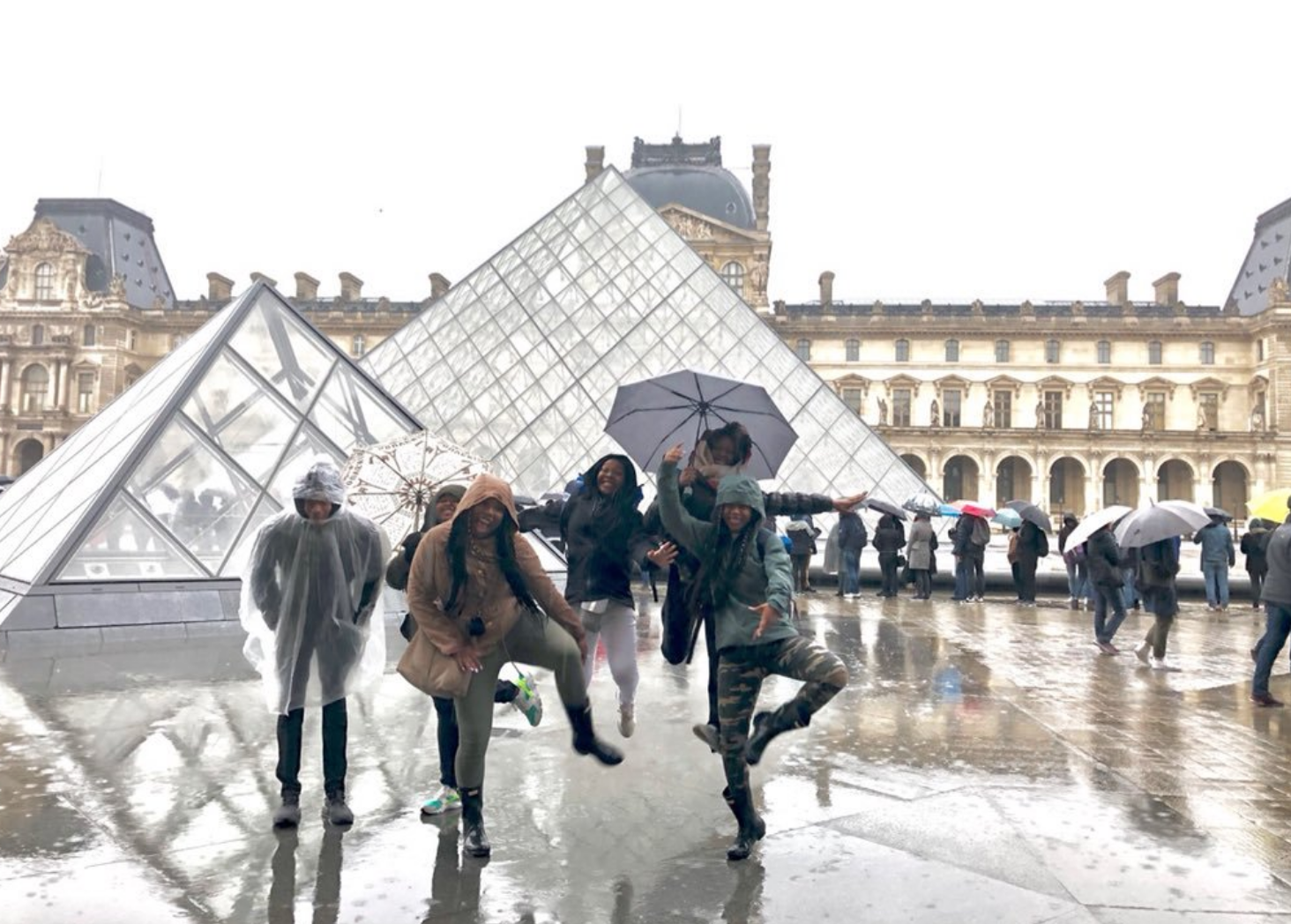 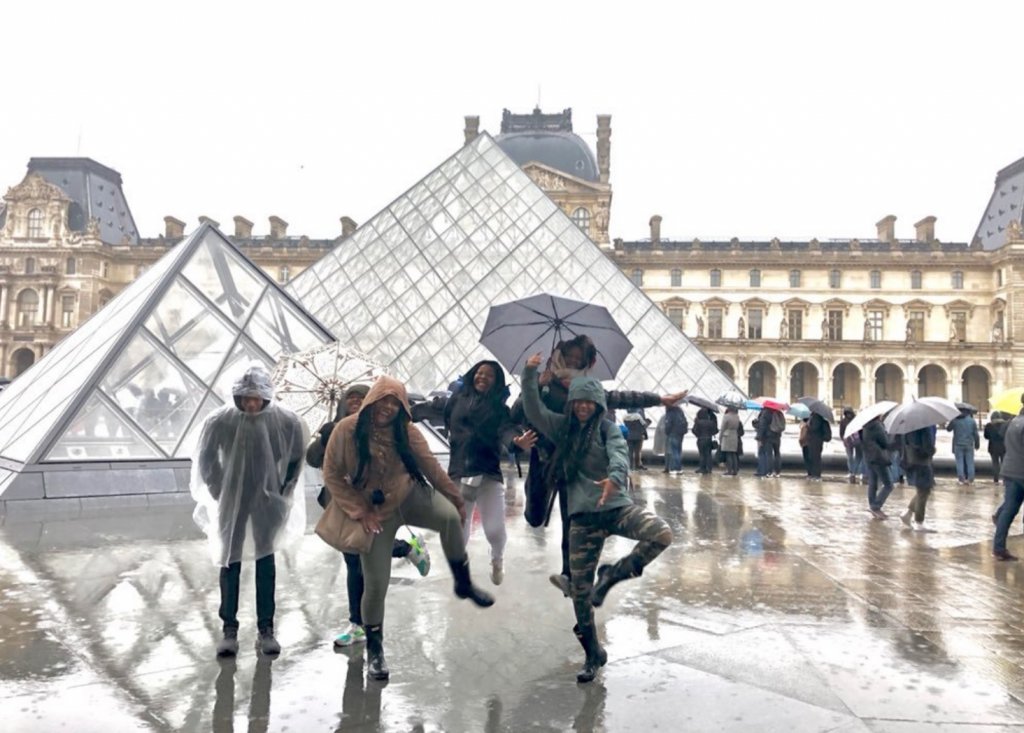 Nowhere is the opportunity to study abroad more impactful than inner-city Chicago. The nation’s third-largest public school system is known for all the wrong reasons. But, amidst this backdrop, the inspiring story of a Simeon Career Academy teacher exposing her students to the world emerges.

Ariam Abraham was born and raised in Chicago to Eritrean parents fleeing a civil war. With family members located around the world, Abraham grew accustomed to travel early. She caught the travel bug before her senior year of high school and is now paying it forward with her Simeon Career Academy students. “I love to travel, I love my work, and I love my kids,” said the second-year teacher. “I wanted to give my students that first exposure early and show them the world’s much bigger than Chicago.”

We chatted with Abraham after a spring break trip to Paris and Barcelona with six of her students. 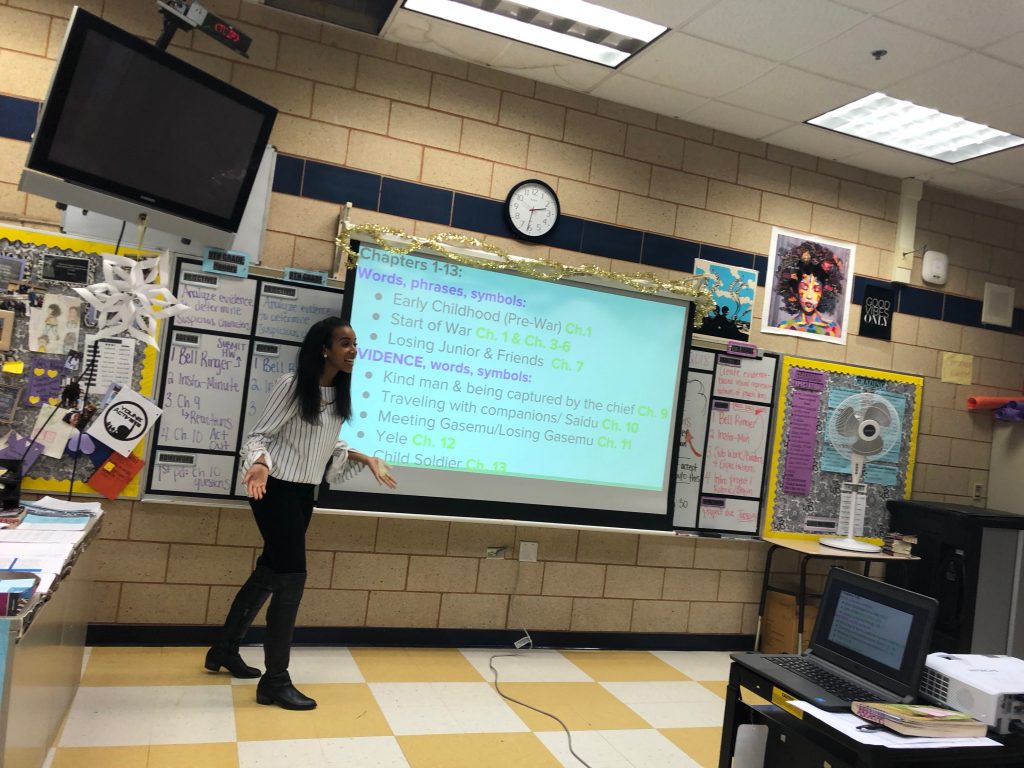 JB: Chicago Public Schools have experienced hard times. What inspired you to become an English teacher?

AA: Since I was a kid, I loved reading and writing. In the third grade, my goal was to be an author. And, by high school, my love of storytelling pushed me toward journalism. I attended the University of Michigan’s School of Education to share my love of literature and to be a lifelong mentor. I believed teaching was a great way to reach youth in my community. It was always the intention to stay in Chicago, and after briefly teaching in Detroit, I returned home.

JB: At the University of Michigan you started eRACism to fight poor race relations and to support the rehearing of Proposal-2 (ban on affirmative action.) What did you learn from the experience?

AA: I learned about the impact of community and the power we have as small groups. We started eRACism with two people, as an idea to create a space that allows students to talk about their experiences with racism on campus. In 2011, the opportunity to challenge Prop-2 reemerged. Although the hearing was in Cincinnati, we raised money and bussed students to the courthouse to attend in-person. We won by one vote, and I genuinely believe our presence in the courtroom helped persuade the judge who was on the fence. Organising and mobilizing people isn’t that hard. It starts with speaking up and reaching out to people with similar passions. 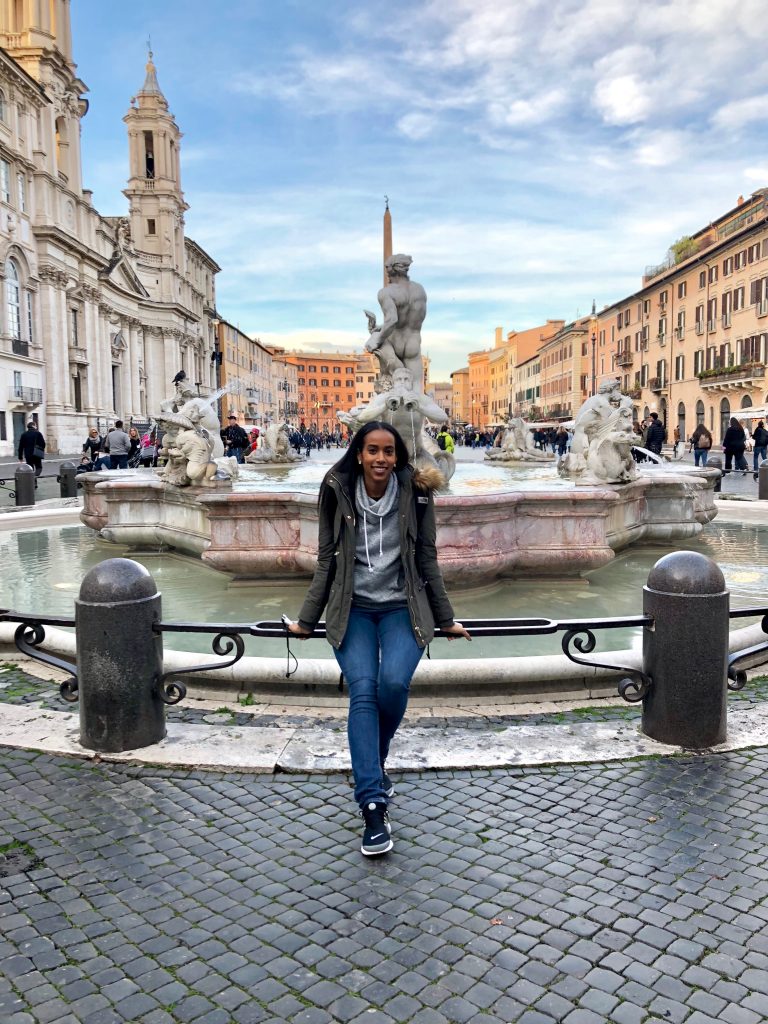 JB: You’ve been traveling abroad since an early age. Are there any memories that stick out?

AA: My junior year of high school I traveled to Eritrea with my mother and sisters. Being able to see where my parents grew up, and having that personal connection to the land and the culture was powerful. It put everything in context for me and gave me insight into who my parents were. I discovered a different concept of community while abroad. The vocabulary and the language that people used was so endearing and so familial in comparison to the United States. I remember one occasion when I was walking down the street, and a woman placed a toddler in my arms and said, “Daughter help her cross.” I looked at my mother like, “Is this woman crazy?” And, I remember my mother looking at me like it was no big deal. After we’d crossed the street, the child resumed life as if nothing had happened. To me, this embodied the meaning of a safe community and family. 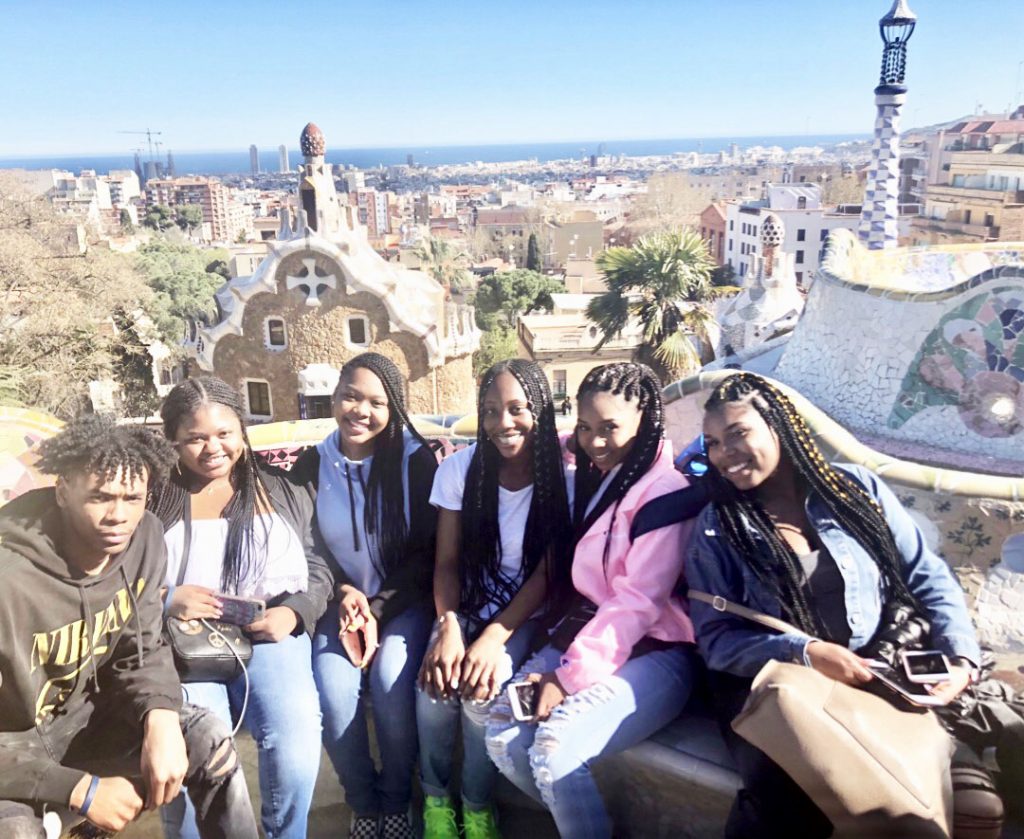 JB: How did the opportunity to take your students abroad happen?

AA: I’ve had so many positive experiences associated with travel and wanted to share this with my students. In my first year at Simeon, I approached the principal with the proposition to take the kids abroad. He loved the idea. I identified a company called Education First Tours with good reviews and started the process. While I personally found Central American locations like Honduras more appealing, I knew we’d need to get the kids attention with places they were familiar with. We selected Paris and Barcelona as they provided students studying French and Spanish with the opportunity to experience these respective cultures. 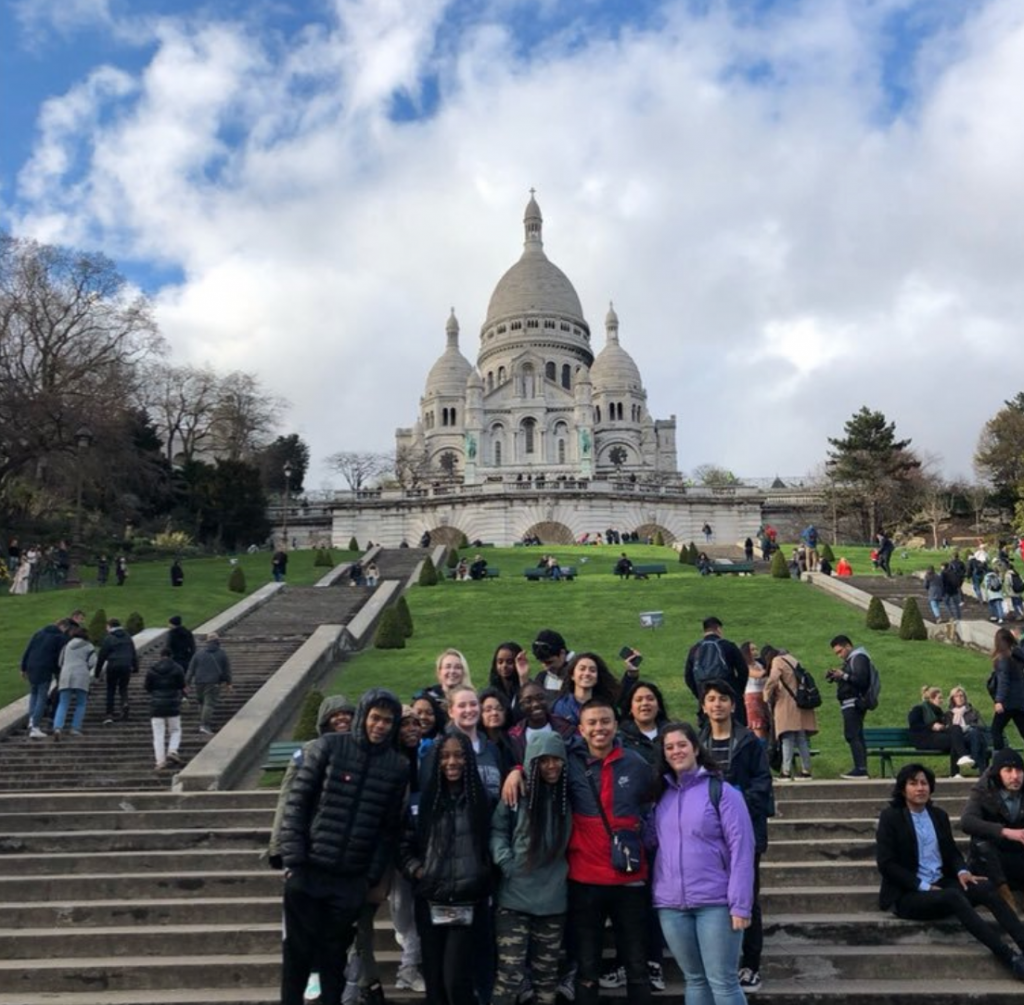 JB: What impact did the trip have on the children?

AA: I’m not sure where to start. Traveling abroad forces you to achieve some level of comfort with change, and the students were out of their comfort zone in multiple ways throughout the trip. While the students studied French and Spanish, they were frequently dependant on other people to help them communicate. For many of these kids, it was one of the first times they had experienced being in another time zone that made communicating with loved ones at home difficult. 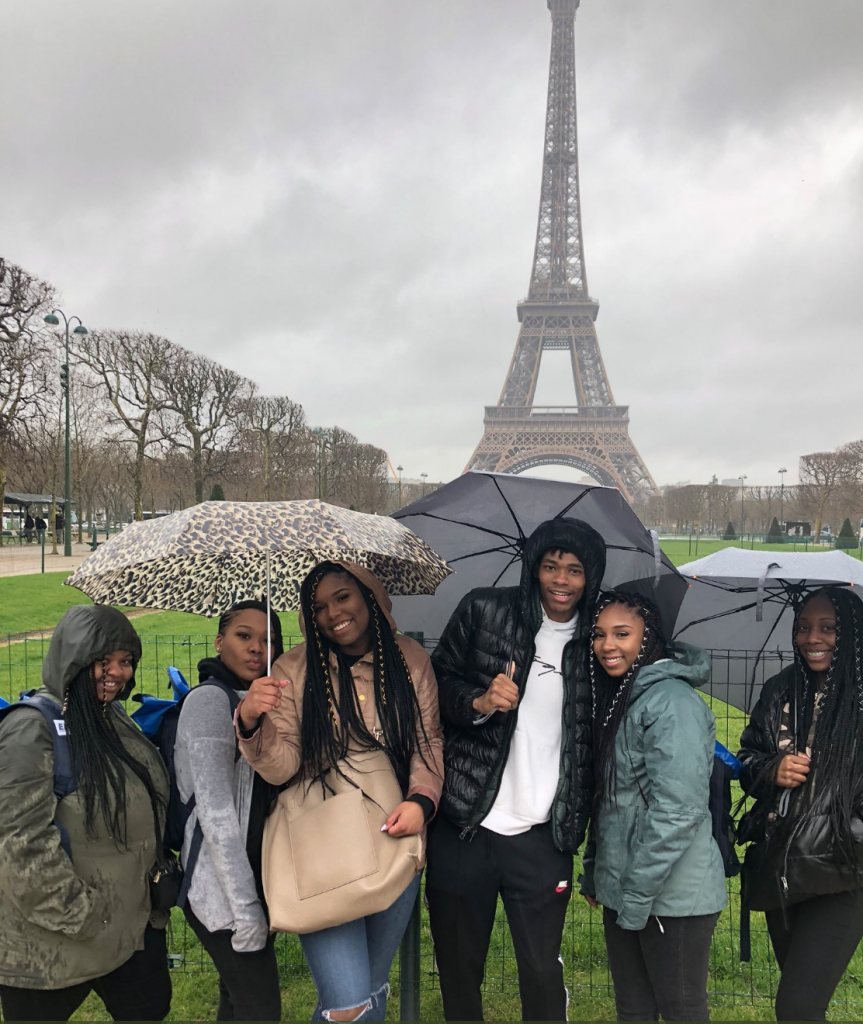 JB: Any powerful observations the students made while on the trip?

Two occasions stuck out. One of the days we were in Paris, there was horrible weather, and it rained for the majority of the day. While visiting the Eiffel Tower, we encountered at least six different African men within an hour trying to sell us souvenirs. One of my students said, “Ms. Abraham, Black people have to hustle over here too.” He seemed shocked by this. It was powerful because he was making connections with his people across the diaspora and realizing we have so much in common.

The second half of the trip was in Barcelona, and we happened to walk past a Jordan resell store. The guy who was working in the store was black, and as we’re leaving the guy says, “Wakanda Forever,” and does the “X” with his arms. We lost it, myself included. In class, I’d been talking to the students about representation and how much the movie meant for so many people. Seeing how the film directly united us as black people overseas was incredible. 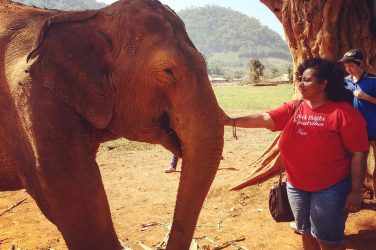 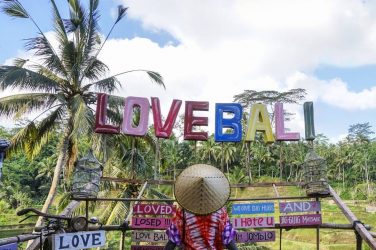 Travel Noire Gives The Lowdown Of Visiting One Of Bali’s 22,000 Temples 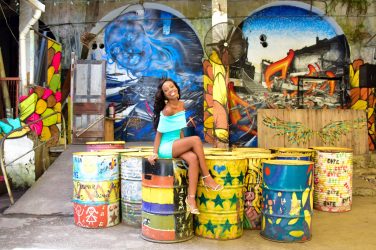 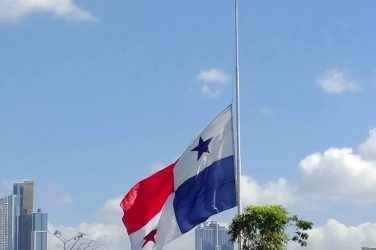