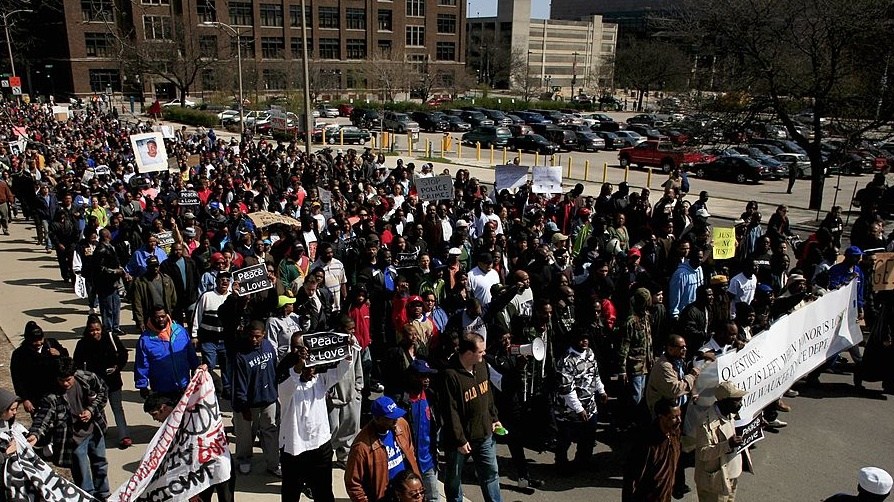 White America giveth, and they taketh away.

Election night 2016 was like something out of a nightmare, the Twilight Zone, or a parallel dimension. Black America watched their TVs fixated on the horror. Could it be? Did the least qualified, most openly racist candidate in modern history just win the White House?

The answer is yes.

Facebook and Twitter roared in terror as posts of disbelief populated the timelines. The election of Donald J. Trump as president of the United States sent a clear message to the Black and Brown America: “This is not your country.”

Ironically that night, a Nigerian friend of mine offered me a stay in his home country. At first, we were joking. Then, several hours later, as Trump’s victory seemed to surge, he offered me safe passage again to Nigeria if things got too wild here in America. This time, the tone was a hint more serious. I told him not to play with me, and he didn’t flinch. We weren’t alone in this sentiment. One thing is for certain: For Black people, the illusion of the American Dream ended November 8, 2016.

Obama’s last days in the White House could mean more than just the end of his era. This could cap off the integration era as well. Whether we have been conscious of it or not, the racism and resistance than he endured while in the White House eroded our faith in America itself. If not even the president of the United States is above being called a monkey, ni**er, or coon, what chance do we stand in seeing racism removed from our lives? Many Black folks began to ask, “should we even stay in this country?”

After Britain voted to leave the European union under the “Brexit” banner, a parody hashtag emerged called “Blaxit.” On social media, black people started joking about what we would be taking with us if we decided to mass exodus due to rampant police brutality and racism. I predict the hashtag will be revisited, especially with the election results.

After the Civil Rights Movement’s success, the prison industrial complex’s expansion destroyed Black homes and communities by removing the men from the household. Why is it surprising that the first Black president will be followed by an openly bigoted, white supremacist hate-enabler?  Who is to say the Voting Rights Act won’t get repealed one day? (completely) Who is to say another Ferguson-level event wont trigger martial law, but only in Black communities? These ideas are not far-fetched but actual possibilities.

Their execution depends only on the atmosphere of the country and what is politically expedient in this ever-uncertain future.

No progress seems to be permanent in Black America. If we are constantly in the minority, we cannot count on having power enough to secure our future here. Power is a life-or-death concern in the face of the juggernaut that is the historically violent white majority. True, we are a strong people.

The fact that we could even make the gains we did is monumental and to be lauded, but now we must turn to generational survival. White America has shown that it will have final say because of their numbers and their indifference to our concerns in the face of theirs. Their lower birthrates and shrinking numbers are making them increasingly hostile. Trump’s election was a wake-up call for people of color in America, but especially Black people. Under Obama’s watch, Black death was so bad, we had to start another Civil Rights Movement.

In the “Art of War,” Sun Tzu said that to win the greater war, some battlefields must be abandoned. What if the battle field is America and the war is global African survival? What makes us think the problems with Black people would end in America alone when they began on 3 continents? Slavery was an international affair, as is racism, but we attempt to solve it in America alone. This is not rational.

Many Black people view talk of leaving the country because of racism as “abandoning the fight.” The problem is that most Black people are not fighting to win. The weapons and tactics used against us are overwhelmingly out of our legal reach to effectively combat. This leaves us as sitting ducks in the face of a wolf. This feeling numb, this feeling of terror that accompanies us daily is trying to tell us something, but will we grow the wisdom to hear?

Ironically, Trump’s election may be a gift. Black Americans are negatively motivated, and this may be just what the doctor ordered. Besides, many say America’s judgement is on its way. Religious leaders like Louis Farrakhan have been preaching for decades that the time for this empire is drawing nigh. Perhaps our discomfort here is a prompt to ‘get while the getting is good.’

For us, our promised land may be the land we were stolen from. Africa is on the rise and just may be the “Trump” card in our deck. Let us be wise with these new cards we’ve been dealt.

The company acknowledges that it is only scratching the surface, but the move represents Airbnb’s first steps toward fighting discrimination. It is a company that appears committed to change.

Discover more at The Grio. 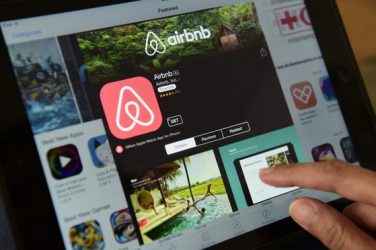 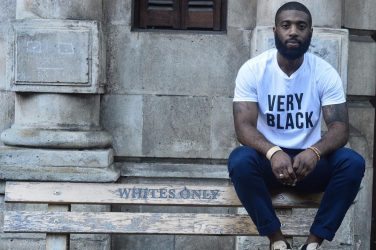 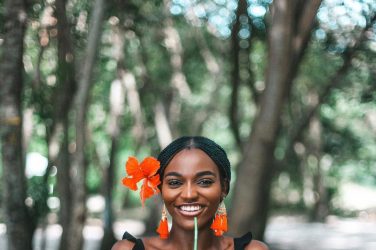 15 Phenomenal Women Who Are Powering The Black Travel Movement