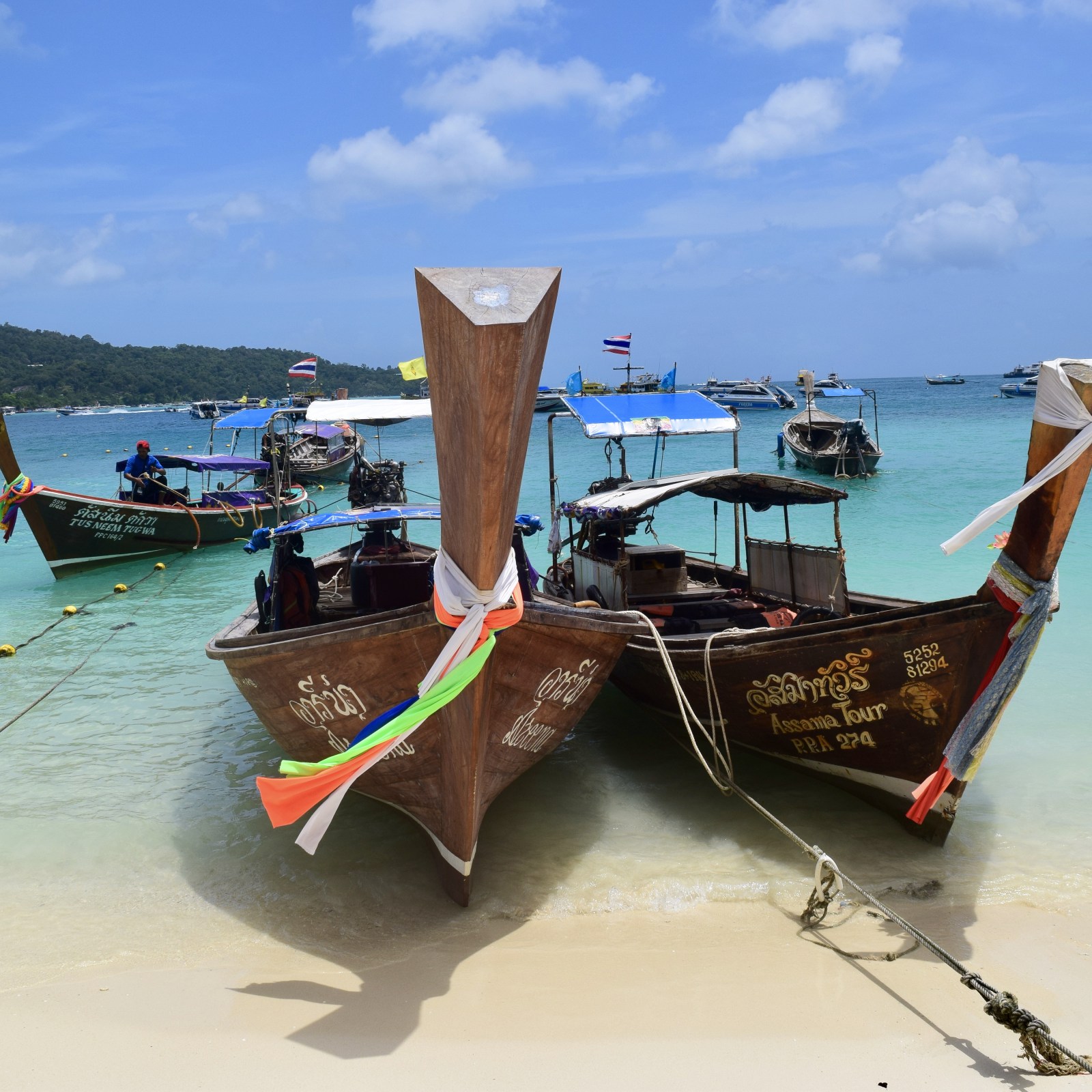 If you haven’t heard, I was highly underwhelmed by my trip to Thailand. Yes, some places and things were breathtakingly gorgeous, but I just didn’t have the amazing time I thought I would. Everyone just knew it’d be some life altering experience and to be honest, it was others who were more excited than me. I never get too enthused about anything really, so when I found myself actually excited about Thailand, that’s when I should’ve checked myself. When it comes to my travels, I’m more excited to get a break from “normal” life more than anything else. These trips come at a time when I’m overworked and in dire need of a getaway. That’s why they’re welcomed. As far as being excited about where I’m headed, I’m one of those people who don’t like to get my hopes up too much because then I can’t be disappointed.

I forgot the “expect nothing” memo on my way to Thailand, but that’s okay. I’d totally visit again (not all locations) and I look forward to doing so. But for now, there’s entirely too much world to see and repeat destinations aren’t my thing, at least not yet. However, I know an insane amount of my readers will be visiting in the near and distant future. I wanted to help you out with the part that drives everyone, myself included, crazy. All I can say is relax, don’t try to do too much in this one short trip, and have a blast.


Flight: $470 RT from NY. I would’ve paid a little more and the average is anywhere from $550-$650 for a “cheap” flight. Don’t worry about missing a sale, another will always come around, even up until August for September flights. Be patient, my loves.

Lodging: Everyone knows lodging in Thailand is dirt cheap, even hotels. If you didn’t know before, you do now. While an apartment in a skyscraper in Bangkok would’ve been a great look, I wanted to be in the trenches with the people and walking distance to some cool areas. That, in addition to the fact that I would barely be in the city called for a hostel. Arriving at late hours and having to sometimes leave in the middle of the night wasn’t the best situation for Airbnb. I went with a hostel because they were in perfect locations and to be honest, my first hostel ($13 per night) had this gorgeous blue tile along the walls and floors that sold me instantly. That and the fact that it was directly in the middle of one of the busiest roads in Bangkok. My second hostel choice ($15 per night) came about due to the fact that it was close to the prior and would’ve brought about a change of pace. That change being the massive slide in the middle of the lobby that ascended from the second floor. Dopeness. When it came to Chiang Mai and Phuket, hotels were the treat I’d been waiting to give myself. My Chiang Mai hotel was about $30 per night and my stay in Phuket cost about $36 per night. I stayed in both for 4 nights and had promo codes. Everywhere came with free, albeit simple, breakfast. You do that gloriously math to the best of your abilities.

Transportation: This was the most expensive and my least favorite part of the trip because I had no real control over it. A restaurant is too pricey and you have the option of leaving and finding a cheaper one. You need to get to the airport at 4 a.m. and are told the ride will be X price, your options are pretty slim. Luckily my hostels, as I had the most taxi fare trouble in Bangkok, provided ranges of how much taxi rides should cost. I now know that unless I’m in a rush, I’m to tell the driver that I’ll only go if he follows the meter fare. If he says no, I hop out. By the end of my trip I was a badass when it came to this. Don’t try to overcharge me.

In Bangkok a lot of folks take the train but since I was right in the action, I had no need. Tuk tuks are a cheap alternative to getting around smaller areas no matter which city you’re in. Luckily Bangkok was also the only place where people openly tried to screw me out of my baht when it came to transportation. In Chiang Mai it was a breeze and I was told the cheap fare before getting into a lovely new vehicle to head to my hotel. In Phuket I was offered a shuttle as soon as I stepped off of the plane and although it was a long ride, I’d wished I could’ve taken that 200 baht shuttle back to the airport as cars are 1000 baht per vehicle, no exceptions.

Food: I will never forget the 30 baht pad thai from Bangkok. This pricing really skewed my idea of what things cost/should cost around Thailand. I passed up on a lot of things comparing it to the meal that cost less than $1. A traditional Thai meal will always run you a few bucks, especially if you’re in a local restaurant. Once you start frequenting tourist traps or places with food not native to Thailand, things start getting pricier, but still reasonable. Those meals can run about $10 and a little more depending on your drink of choice.

As far as spending money goes, I advised someone to take about $400 to Thailand. That’s the high end as far as spending money but not everyone is as cheap as I am. I’m so frugal I sometimes annoy myself. I could’ve taken $200 and survived, I’m sure, but $300 is a good minimum and if you’re only spending your money on yourself, $500 is a crazy ultimate max. Keep in mind I’m not including money for huge activities like an Elephant Sanctuary in my personal $200 spending limit. Smaller ones like temple visits and souvenir shopping at night markets will fit into that budget. 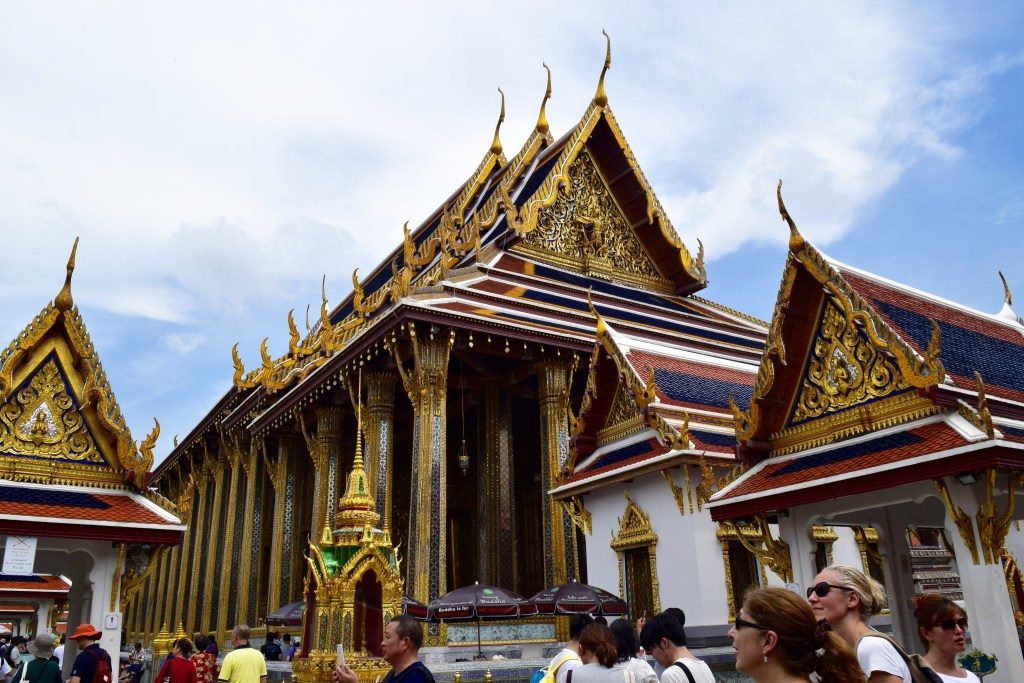 Most RT flights to Thailand are to/from Bangkok, but I’ve actually been seeing cheap RT flights to Phuket and Chiang Mai. Once you get to Thailand it’s crazy cheap to city hop so it really doesn’t matter which you choose, but you should already know I recommend against Phuket.

Days 1-3, Bangkok: Three days and 2 nights. That’s ALL you need. Even though I didn’t care too much for Bangkok, everyone will tell you that more than two days is pushing it. The city practically forces you out like “move along, nothing to see here.” Rest up and prepare for your journey to the other cities but do try to enjoy Bangkok for what it offers. Hit up some famous temples and snap your selfies in front of giant buddhas. See what the floating market is all about and do see the Grand Palace. Be a tourist why don’t ya, it’s okay sometimes.

Days 3-8, Chiang Mai: Cultural. Epicenter. Please don’t make me say it again. If Chiang Mai isn’t on your list of cities to visit while in Thailand then you’re doing Chiang Mai all wrong. Read my top 5 list and get your ass there, stat.

Days 8-13, Koh Phangan: I was dead set on spending more than a few days on a beach with a tropical drink, nibbling on fruit and doing nothing but reading, if I could keep my eyes open in between naps. I wanted Phuket to be that place but it just didn’t happen. I don’t regret it really. I experienced it and learned my lesson. I just didn’t want to be cut off from civilization and spend too much time (and money) flying to another tropical destination. Someone mentioned that I should’ve done Koh Phangan instead. After reading up on it and drooling over the pictures, I think they’re right. Next time I visit Thailand, this hidden gem will be the place I spend my relaxation days. I. Can’t. Wait.

Day 13-14, Bangkok: You’re back here to be on time for your full day of flying the next day. Don’t push your luck thinking you can hop off of a plane and right onto the next. Take more than a few hours to relax and stuff your face with that pad thai that you won’t get anywhere else.

I’m recommending so much time in your main cities because I don’t want you to leave feeling like you didn’t get to really experience it. While a lot of folks add an entirely other country to their two week itinerary, I don’t think Thailand is the place for that and those people almost always feel like they needed more time. Hell, these two measly weeks aren’t really enough. If you must visit another city, then just take a day away from each city that I’ve recommended and spend it somewhere else is this vast country. You can’t go wrong. Unless you go to Phuket. Then you made a questionable decision, lol.

Share your travel experience by heading over to our Contribute page.

Discover more at Wanderlust, My Way. 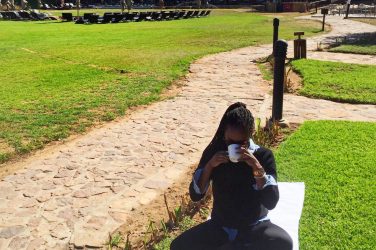 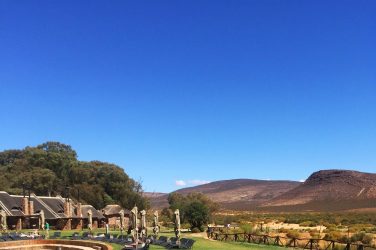 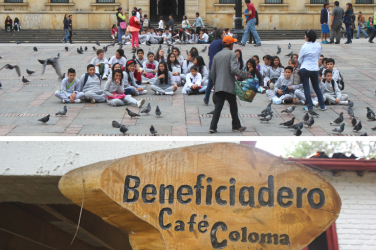 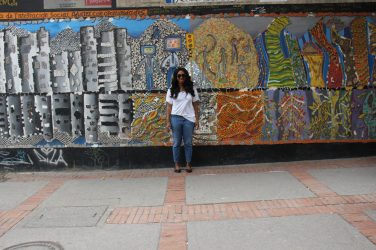 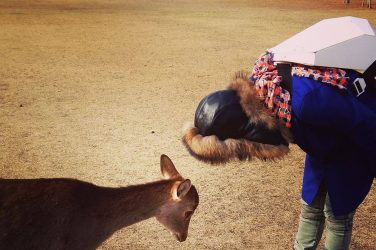 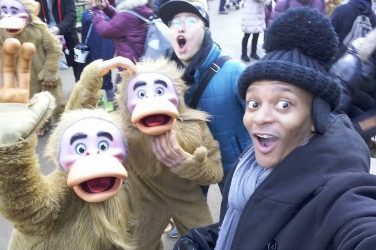