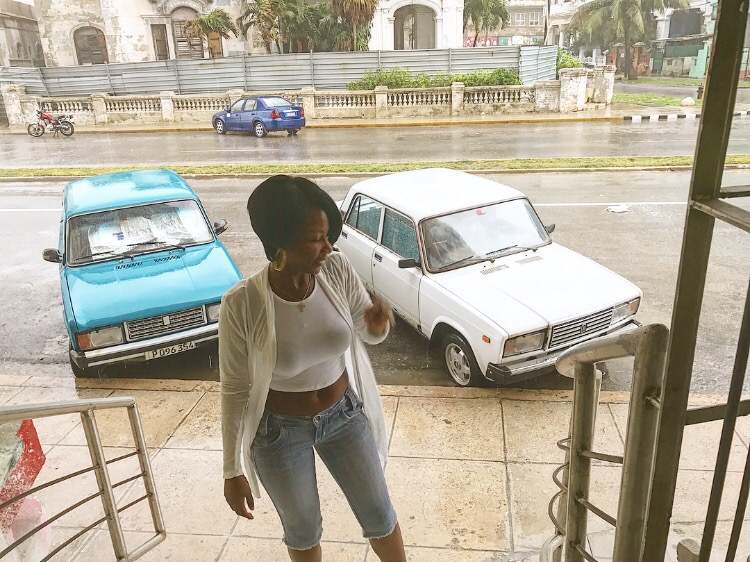 You know I am so excited to share with you that I finally made it to Cuba!! And yes it was everything I dreamed of…kind of… let me explain… 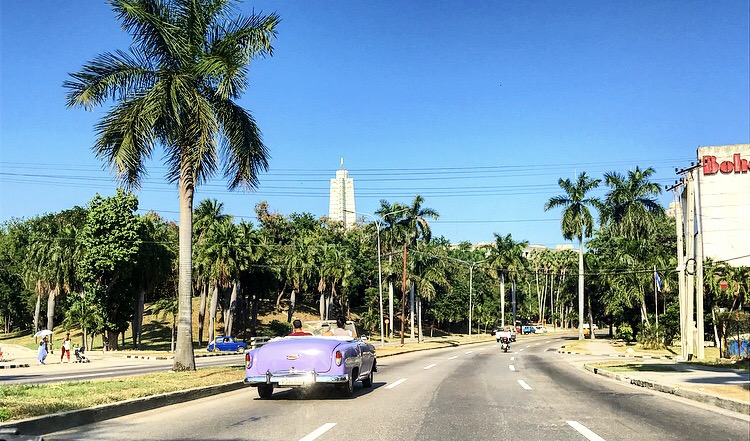 As luck would have it, there was a storm over the island almost the whole time I was there. The only time it did not rain was the day I arrived and the day I was leaving. Can you believe that? I really wanted to be upset about it but my sister, who was celebrating her birthday during the trip, kept telling me:

So what if it’s raining? We are just gonna have to dance in the rain”! And that is what we did! 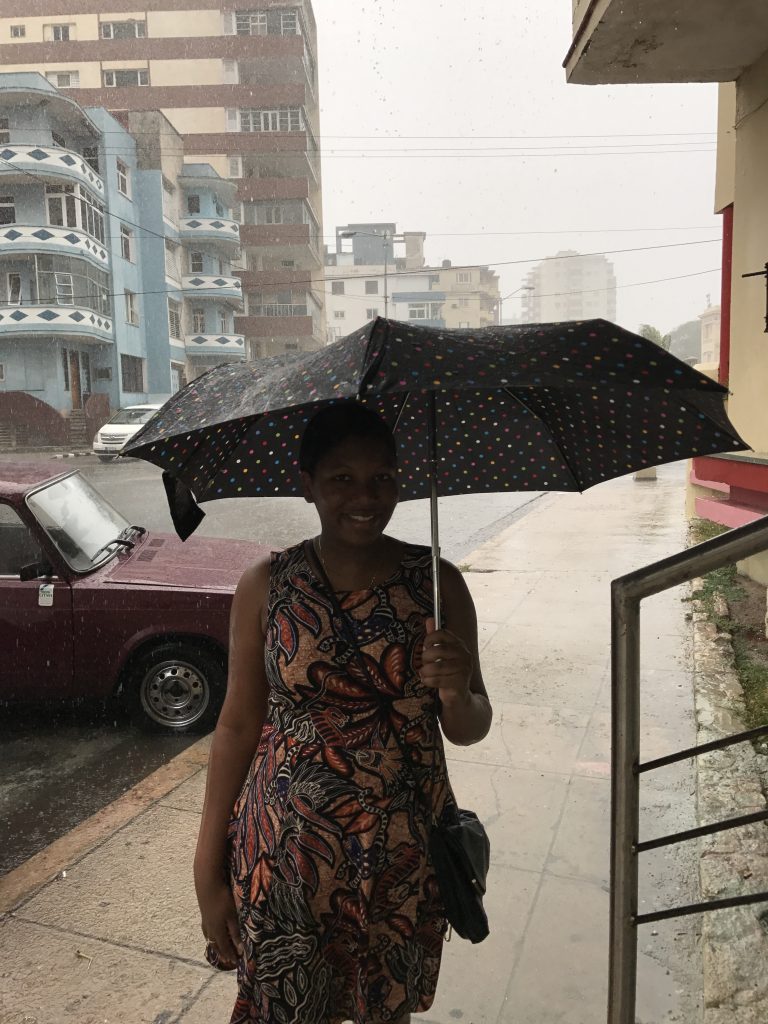 Havana, looked a lot like many other countries I have been too. I thought it looked just like the Walled City in Cartagena, parts of San Juan, and the Malecon in Santo Domingo. My mother, who was on the trip also, kept having nostalgic moments of the area where she grew up in Jamaica. Nonetheless, it was still very rich in love and warmth.

I think I was expecting to see this fantasy world that many of us have made up in our minds about Cuba due to the fact that many of us could not travel there freely up until recently. However, it looked like any other Caribbean country; tropical and beautiful. Not to mention the people were warm and friendly. 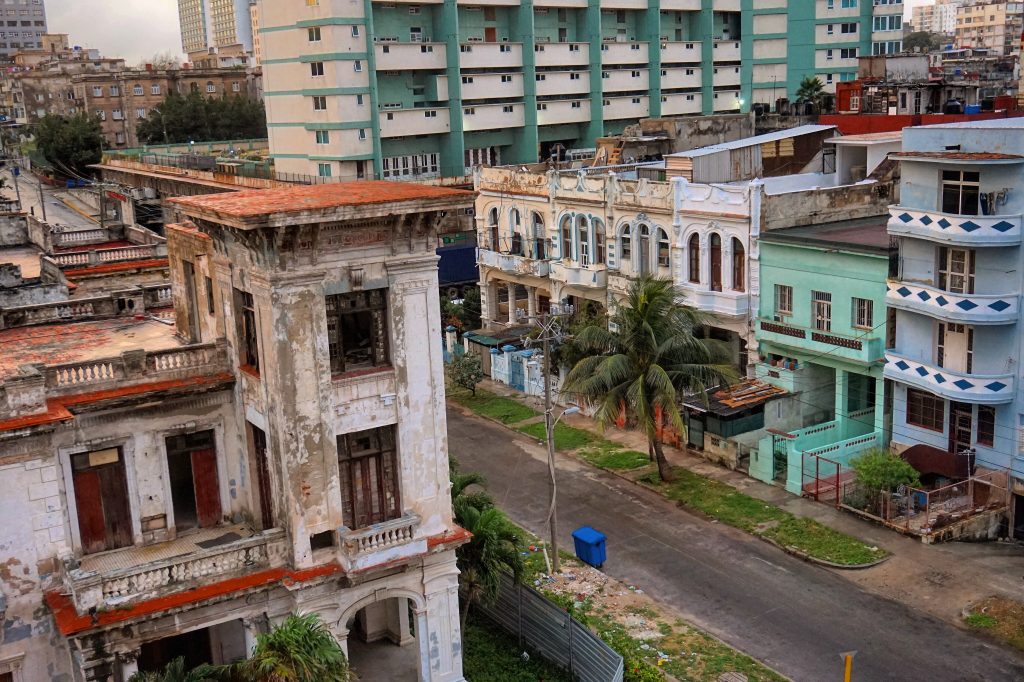 Well let me get to the good stuff that everyone planning on going to Cuba is dying to know!

Visa & Category: I flew to Cuba on Jetblue. They sell the Visa needed to get in (and out) of Cuba for $50 at the check-in counter at the airport. I believe Delta also sells the visa at their check-in counter as well. For the category that you need to choose as your reason for traveling, I choose “Support of the Cuban People”. When I tell you that no one checks that form, I am not even exaggerating. I have no idea why they even make people fill it out. It doesn’t go with you to Cuba. Also, when you get to Cuba the people in customs barely talk to you, much less ask you why you are there. The process was so simple and easy. It was just like flying international to any other country.

Accommodations: Airbnb is the place to be in Cuba. Hotels are so expensive and look straight out of 1964. I had the best Airbnb host in Havana. He was extremely helpful and spoke perfect English. If I go back I would definitely stay there. The neighborhood I stayed in was called Vedado. It is very close to Old Havana (Habana Vieja). I would suggest staying in Vedado or Old Havana. Old Havana is where all the action is. Parks, stores, restaurants, bars, and everything else under the sun is there. Also, almost no one speaks English, so brush up on your Spanish!! In restaurants and more touristy areas you will find people that speak English though. 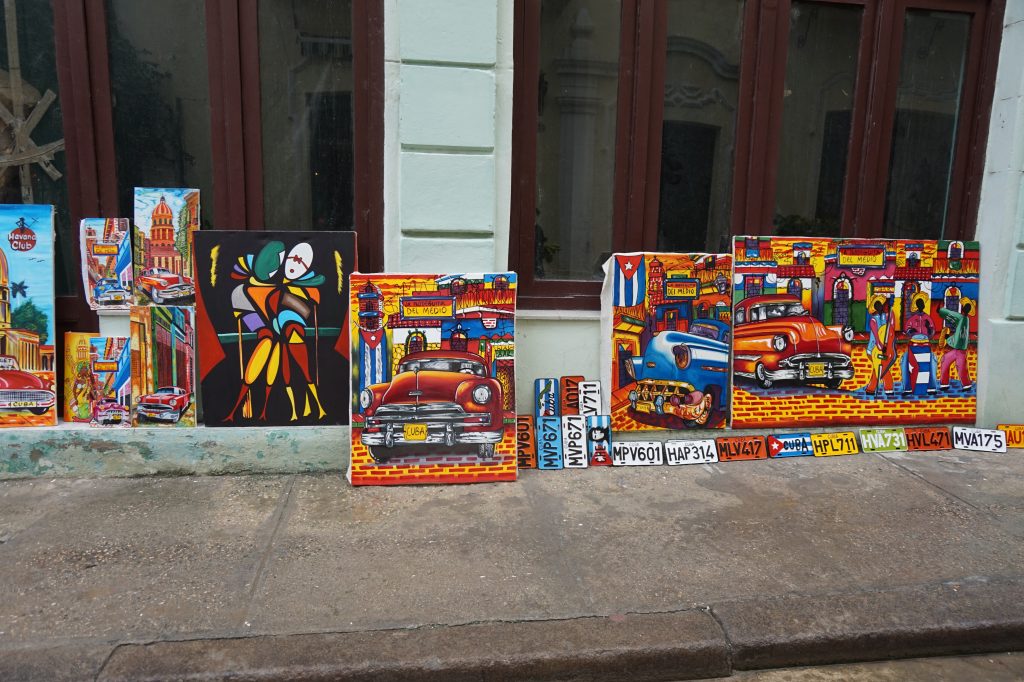 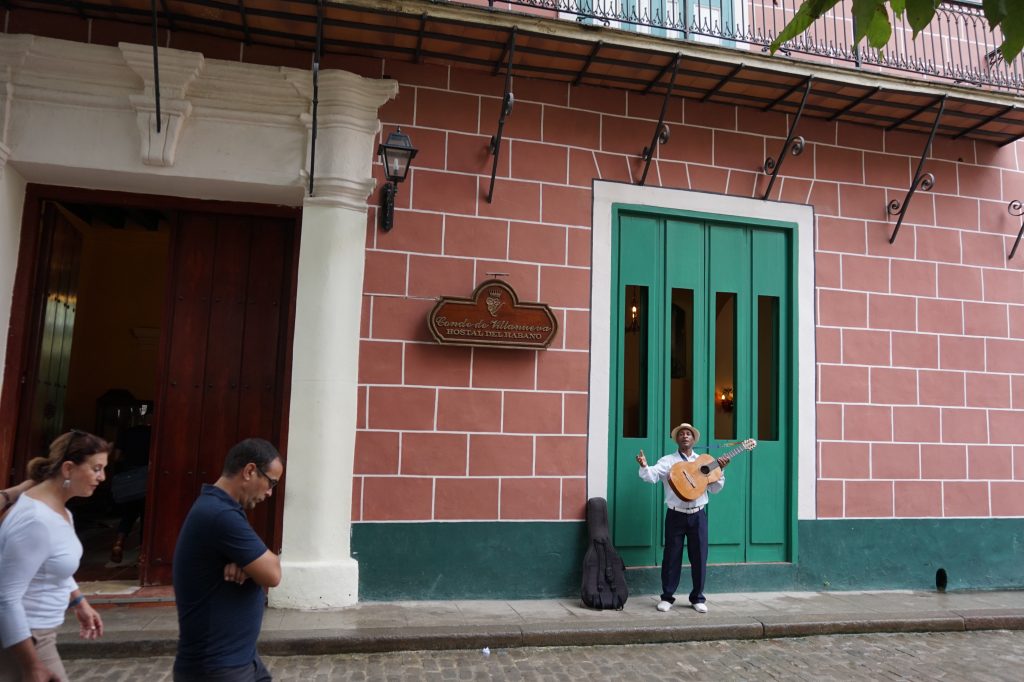 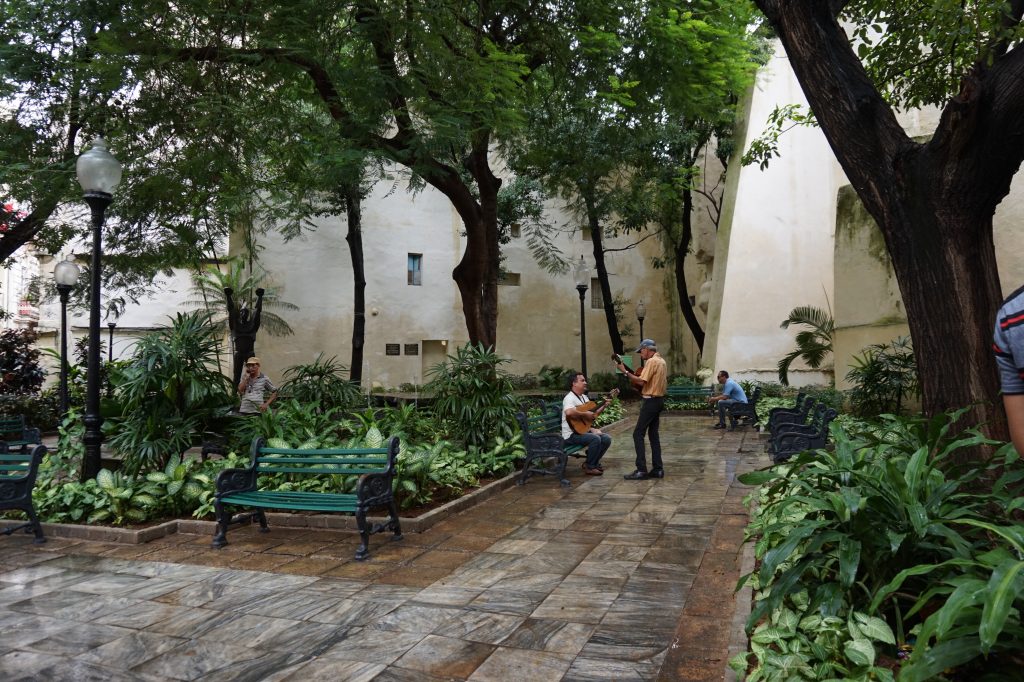 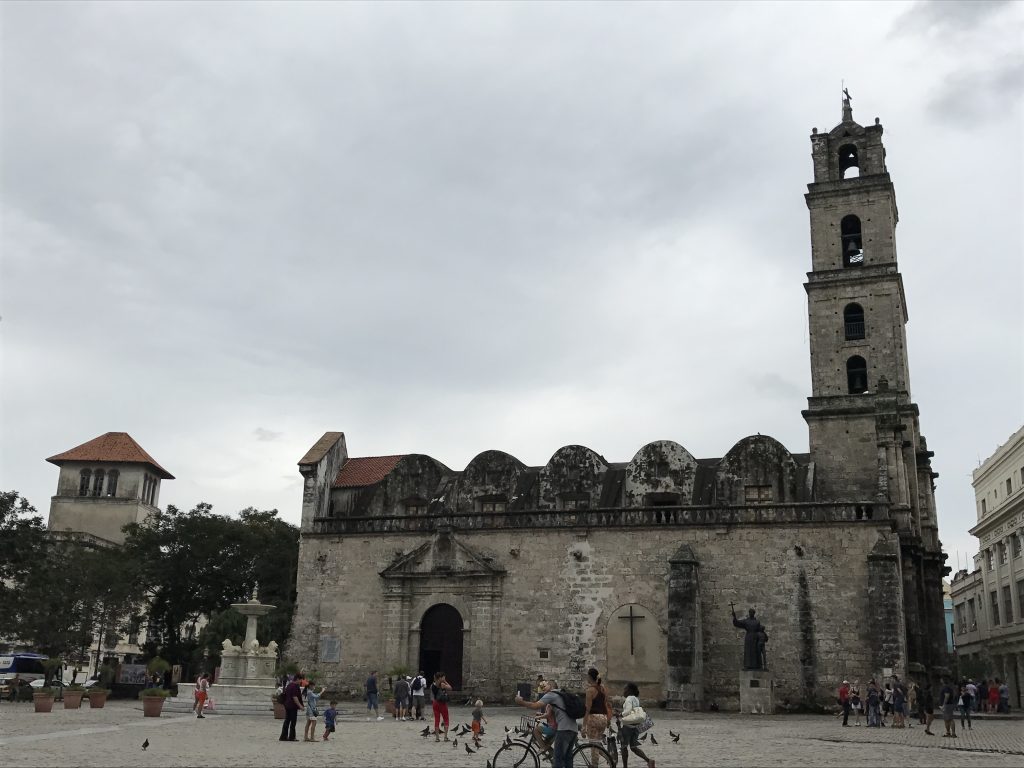 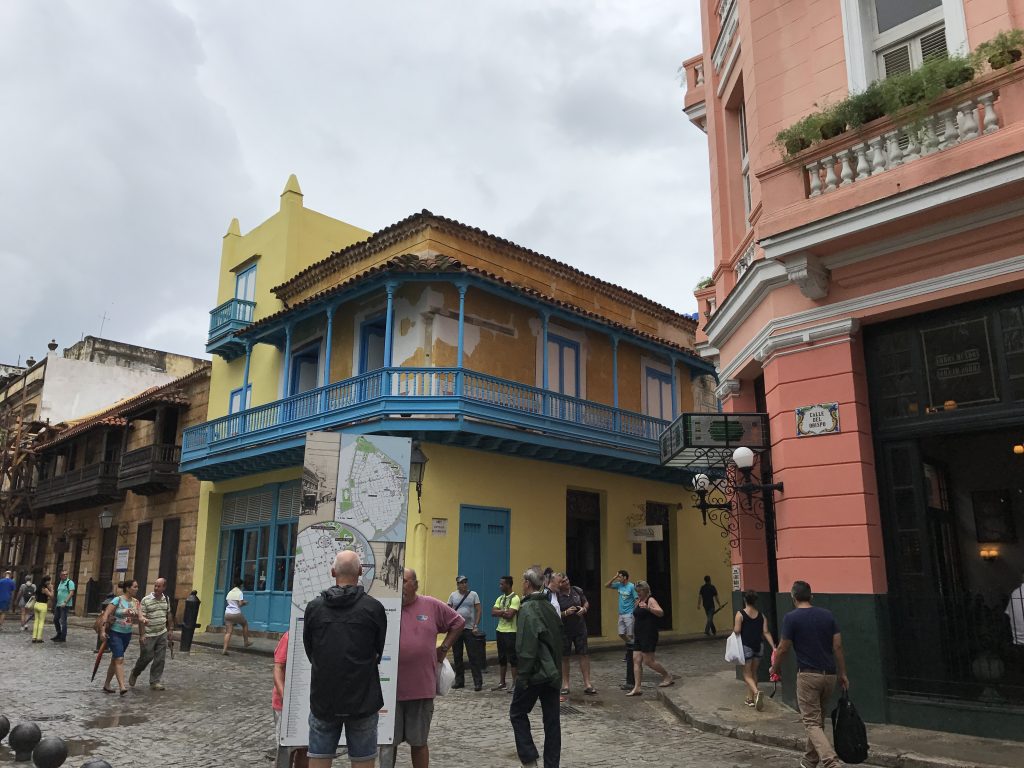 Currency/Budgeting: The currency in Cuba is CUC (Cuban Convertible Peso) and CUP (Cuban Peso). I only used CUC while I was there, it is their primary currency. 1 USD=1 CUC. Cuba does not take American currency anywhere. Therefore, you have to change your money to either Euros, Canadian, or British Pound before arriving in Cuba. Once you get there you convert to CUC. I suggest converting your USD to Euro because the Euro is stronger and you get more CUC back then if you convert from Canadian.

American credit/debit cards do not work there so you need to budget out enough money to last your whole trip. I read about so many people running out of money when they were there that I only booked my trip for 4 days because I couldn’t take the pressure. Thankfully I did not run out of money but that is partly due to the weather being bipolar so I couldn’t do many activities. I do suggest you budget $80-$100 per day. Money does go fast and especially on food!

Try holding off on getting souvenirs until the end of your trip and trust me whatever souvenirs you do not get on the street you will find at the airport!

Getting Around/Food: To go amost anywhere in Havana is a 5CUC taxi ride. The taxis are EVERYWHERE and you flag them down just like you would here in New York. Most of the cars there are old as hell. One taxi driver told me his car was 22 years old! (insert shocked face) It got us where we needed to go though! The classic, colorful cars that you see in pictures and on TV are mostly used to give tours and as taxis. I literally thought everyone out there was gonna be whippin’ one of those fancy joints, but no ? See also* they have modern cars! I spotted a Benz or two. Which makes sense because the Europeans are not new to Cuba, we are! 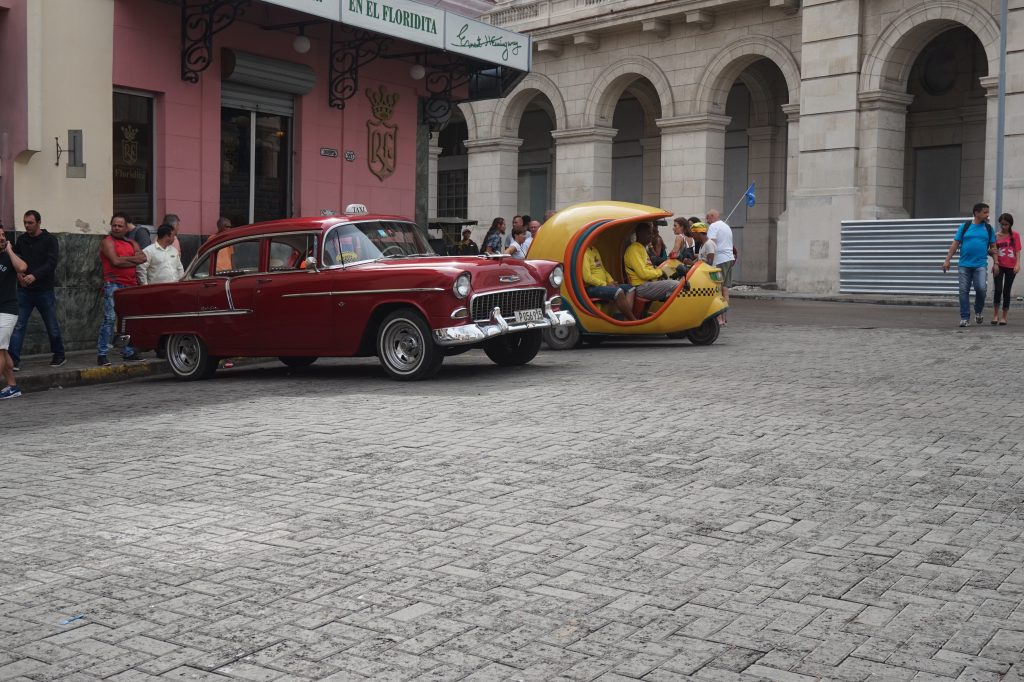 I had the best food while I was there at this place called Paladar Dona Eutimia. Order the shredded lamb and thank me later! I also had some really good paella at a placed called El Templete. Both places are in Old Havana and well known, so just ask anyone to steer you in the right direction. 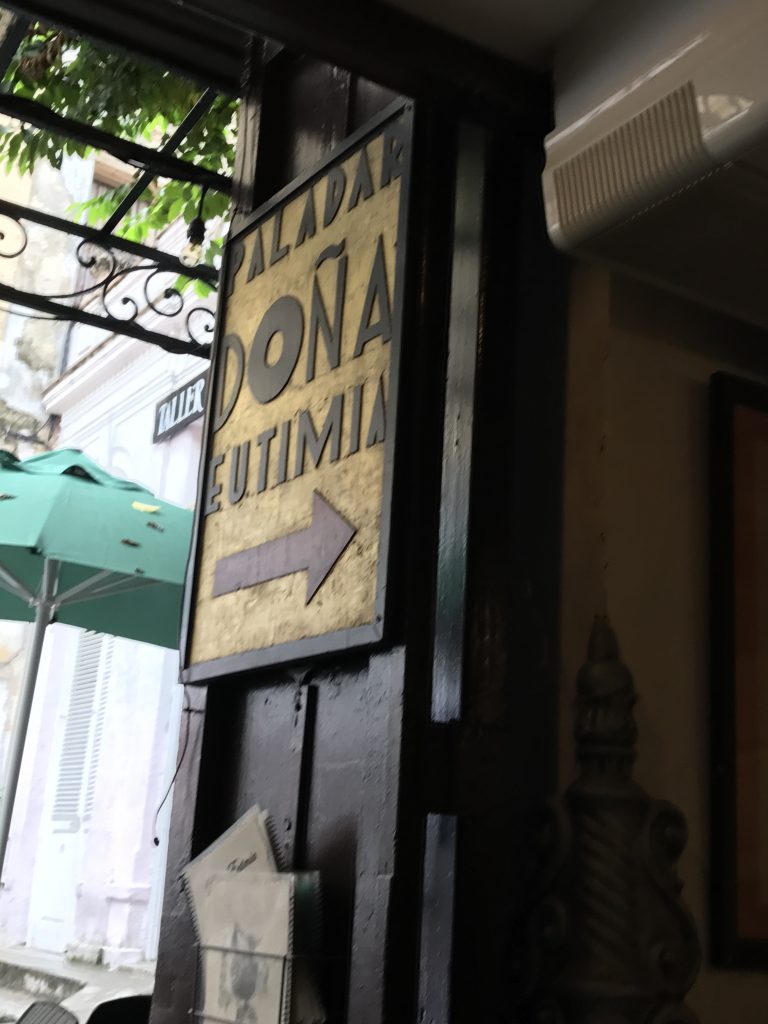 [Related Post: NAKIMULI: This Kente Swimsuit Will Have Your Melanin Poppin On The Beach]

La Playa: . Actually, I got to the beach and was met by a rainstorm. So yea, no beach for me. I will make up for lack of beach on my next trip though! Anyway, of course you guys have heard of Varadero having the most beautiful beach, but let me recommend Playa Santa Maria, which is closer to Havana then Varadero. Playa Santa Maria is also less touristy and looked beautiful (through the rainstorm). I suggest going here if you don’t have time to do the 2 hour trip to Varadero. Playa Santa Maria is a 35 minute drive and a 20CUC taxi ride.

Getting Back In The Country: I had no issues getting back in the US. I also have global entry which makes things easier because you do not get questioned too much. However, I did advise my sister & mother to download the mobile passport app when we were coming back sothey wouldn’t  have to stand on the long customs line and they ended up getting through faster than me! I highly recommend the Mobile Passport if you do not have global entry.

I also brought back some cigars and liquor. I can’t remember the amount you are allowed to bring back but I surely did not go over it because I was scared I was gonna get my bagged searched. My anxiety was lit!

Well before I wrap this up, let me just leave you with one last thing. Do you guys remember the post that I did in January of this year talking about my travel goals? Well obviously, one of them was Cuba, but click the link to the post and look at the picture I posted of Cuba. I randomly googled Cuba pictures and found one of a lady smoking a cigar and I thought the one I found was so bossy! Fast forward eleven months later, I met the same woman smoking a cigar in the picture! I did not even realize it was the woman in the picture until way after I got home from my trip and looked at my post! I was so busy being happy that I found A WOMAN SMOKING A CIGAR that it did not click in my head that it was the woman in the picture I found 11 months earlier. I also went to Curacao which was on the same list in the post from earlier this year and I went to the same place in the picture (by the water) back in July! I say this to say: WRITE DOWN YOUR DREAMS AND WATCH THEM MANIFEST.

That’s all for now folks! Hit me up with any other questions you might have.

Follow Bella Wanders on Facebook, Twitter & Instagram: I am Bella! I am simply just a woman on a mission to inspire people to travel. Traveling has saved my sanity many times over as well as opening my eyes to the world and making this thing we call life worth wild. My goal is to inspire you to take your own journey! Feel free to share your thoughts with me! 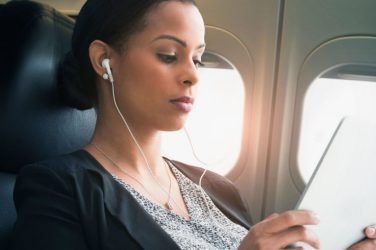 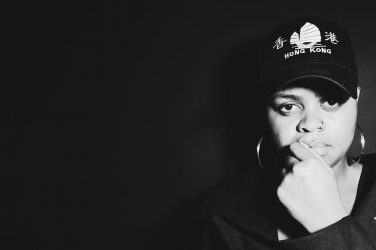 Alex Tribble Talks The Basics Of The Euro 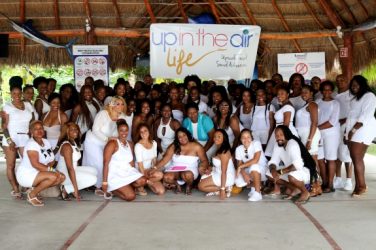