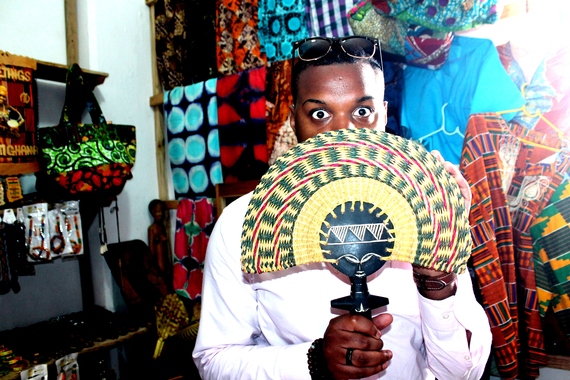 Recently, I had the pleasure of traveling to Ghana for 10 days to explore the history and culture of the region. And contrary to America’s heightened fear that traveling to West Africa would give me Ebola, I am fortunate to reassure you that I am happy and healthy.

Now that your potential conditioned hysteria is reduced, here is something you should be concerned about:

Black America, we have so much to actually learn about Africa — and yes, it does matter.

For far too long, our perceptions have been negatively impacted by white dominated narratives that have plagued our grade school text books and public discourse about the Motherland. The separation between our people across the diaspora is not just geographic, but philosophic. And while both sides can assess blame on boasting superiority against the other — Black America’s constant dismissal of the continent in our identity makes us the bigger culprit.

I, too, was once guilty of this — but sometimes it takes one to go back and re-direct the masses. Consider this my form of “Sankofa.”

These were my five major takeaways during what has now become my restored relationship to the ancestral homeland:

During my stay in Ghana, for the first time in my life I felt what it was like to be in the majority. Most of the population is Black and the experience of seeing my skin color on nearly every television station, public arena, and facet of society gave me a psychological gratification and confidence. A sense of pride that allowed me to walk in the street without feeling targeted. A level of high self-esteem when I told people my professional aspirations and was sincerely heard and not interrogated. My time in Africa gave me a first-hand look at what it feels like to not be a second-class citizen in society. It showed me how much America has tried to ignore the existence of white privilege when it is actually ingrained. On a lighter note, please don’t believe American companies when they say they cannot produce quality lack television commercials and programs… I saw tons that would put ours to shame.

2) Understanding slavery in the past explains the current struggles of today.

“Get over it,” they tell us back home in the United States. There is absolutely no way we can and should when it paints a larger picture of the current systematic obstructions that are relevant to our present. In Africa, slavery is discussed and they actually have renowned museums and tourist attractions that cater specifically to the topic… I’m still waiting America. When visiting the former Elmina slave castles near the coast of Ghana, I felt a sudden sense of immediate anger, emotion, and frustration in how much of the manipulation and strategic disenfranchisements Blacks faced then are still prevalent. Same crap, just a different day.

3) Sorry, Raven-Symoné — but we are indeed African-Americans.

Just because you cannot find your exact roots on a continent, doesn’t mean they aren’t a part of your ethnic make-up. That would be just as dumb as assuming that not knowing your father means you weren’t conceived by one. Coming to the realization of what it means to be an African-American rather than simply “American” gives me a more honest rationale as to why I face the current obstacles in a nation that speaks of “equality and justice for all.” Furthermore, it re-teaches me that my legacy didn’t start when my ancestors entered the West from slave ships (that’s only the second half of my identity), but that there was an enriched culture before America — and that was in Africa.

4) Oppression of Black people is an international concern.

Just as we fight for justice in Ferguson here in America, our brothers and sisters across the Atlantic are dealing with the discrimination and mistreatment of mass hysteria related to Ebola. Across the diaspora, Blacks are feeling ostracized from the global discourse of how to protect their own communities. Such lack of representation of Africans being able to address how to eradicate their own problems reflects a worldwide stigma of having black leadership. Although our issues at surface level are distinct, fundamentally we are tackling the same mission: making Black lives matter.

5) There needs to be more cross-continental discourse of connecting Blacks across the diaspora.

Enough with just having cultural food and music fairs… let’s have a discussion about universally helping one another socially. When I attended college, it often aggravated me how Black Americans felt Africans were another foreign group of people they could not identify with. And it was also troubling to see some native Africans look down on Blacks in the country for not feeling as self-confident and culturally strong about their heritage. At this very moment in our present history, we now more than ever need to put down our media-driven stereotypes about one another and have real conversations about it. I am tired of seeing too many people of color help one another among regional affiliations and not the diaspora as a whole. Because the truth of the matter is that the rest of the world do not see us any differently and by strengthening our connections we can better combat these problems.

My travels to the continent gave me a fresh perspective on how I relate to Blacks across the diaspora and how their burdens shape my work here in America. A lot of what the Black community is trying to look for in themselves in our media, education, and economy can be found in the legacy and teachings that come from our brothers and sisters across the Atlantic.

This is not to say that I am entirely dismissive of American values and opportunities, I have been privileged on a technological and industrial level. However, I do believe that now is the time to expect more than just survival, and begin to thrive.

It is going to take more than just a village… but an entire continental shift in unifying self-value for all people of color. 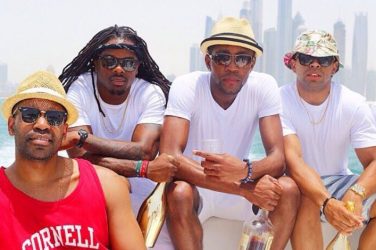 Why We Need A Shade-Free Black Travel Movement

Can The Black Middle-Class Leverage AirBnb? 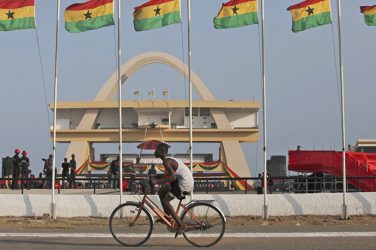 Duped! A Fake U.S. Embassy Operated In Ghana For A Decade