I’ve been privileged to build a sister circle in my time abroad that includes Black women from across the globe with over 7 years worth of expat living under our belts, and we’re sharing what is often missed when it comes to the realities of living as a Black woman abroad.

The consensus from almost everyone in this sister circle is that as a Black woman abroad a bit (read as a lot) of teaching falls on our shoulders. However, the fortunate side of this is that the ignorance regarding Black women abroad is typically not steeped in negativity and racism. Instead, it is a true lack of knowledge and experience.

What helped me a lot was to think of myself as an ambassador. I was representing Jamaicans wherever I went, and as an ambassador to my culture and country, I want to give the best experience possible. It was a good way to deal with it, but it can still be tiring because not everyday are you in your best form,” says Jamaica-born world-traveler, engineer and designer, Nicola Durrant, 38.

“Black women are often very sexualized and I’m honestly not against it because I think it’s amazing to be a sensual person. However, I think the way they depict it on mainstream media sends the message that we are brazen, loose, hyper-sexual beings,” said Valerie Ogoke, 30, a travel and lifestyle blogger who has lived in Australia for five years. She has been able to successfully survive the murky dating waters and find love abroad by being more open to teaching and building relationships with others that are open themselves – and not so gullible to the media’s depiction.

The truth is the weariness, the breaking down of stereotypes gets you to see yourself at your core; sometimes for the first time.  Nicola described it as, “Constantly having to run into myself in day-to-day living.” We are more astutely asked to question Western values and traditions that may not actually fit who we are. You shed the taboos as you are awakened to them and dress yourself in a more fitting wardrobe, now often influenced by your new country.

“For Black women particularly, we get to see how the world can really be our oyster and accept us, as well as, how we can accept ourselves. We start shedding away more of the oppressor’s teachings and limiting beliefs,” says 29-year-old Chicago native Ashley Johns.

The more Black women travel, the more healing will come into our lives because we start to love ourselves in a different way and then we can pay it forward to our children, our children’s children as well as uplift our men.”

By being immersed in another culture you find your body in places you didn’t realize you left it. Eventually, you get to a place where you are not always on. Not because you are no longer teaching, no longer an ambassador, but because you are now your own student of self-reflection.  You sit more comfortably in your skin among the crazy, exhilarating, sometimes tiring every day expat life. In reflection, Ashley noted the waves of culture shock that arrive. We often carry preconceived notions that culture shock will be a one-time ordeal, but it comes in waves – testing your resilience and true love for the new country. This is my story.

Six months in I wish someone had told me to be more patient and compassionate with myself in the process. As Black women we are used to a certain grind, held to a certain standard, always needing to be better to be equal. It takes time to shed that unconscious pressure. I wanted my new business launched and to have seamlessly assimilated, instead, I was only on the heels of feeling like home, still slowly adjusting, still juggling waves of culture shock.

“I think that as a Black American woman, it can be hard to ask for help because you are supposed to project the ‘strong woman’ image. Living in a place where having domestic help is normalized, I still found it difficult to simply ask for help” says 35-year-old Rukiya McNair, who has lived in Bali for three years with her two children.

For Deanna Lewis, 39, who has called Johannesburg home for the past 7 months, culture shock showed up for her in South Africa’s story of apartheid.

Culturally, they don’t take issues and complaints of Black people that serious here. It’s the legacy of apartheid. The entitlement of the white Afrikaners here and how Black people reinforce it can drive you crazy, if you let it,” says Deanna, a retired public healthcare professional from California.

So what’s a Black girl to do? Forge relationships, especially with locals.  That curiosity early on gives you a special seat at the table to not only teach, but learn even more. The culture shock still simmers, but you build a community to help you rise above it.

For Ashley that brought a deepening journey of spirituality. For Rukiyah, the ability to trust her intuition. For Deanna, new freedom and love that honors her needs. For Valerie, the ability to be present in the moment. For Nicola, the opportunity to see herself. For me, the opportunity to just be, to not attach my worth solely to my work. To honor myself, my God and my ancestors in a way that calls me closer to my own culture and identity.

She speaks for us all. 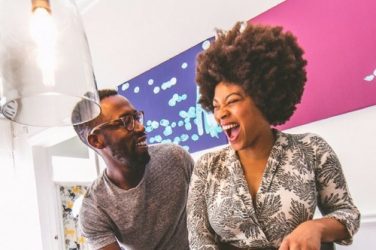 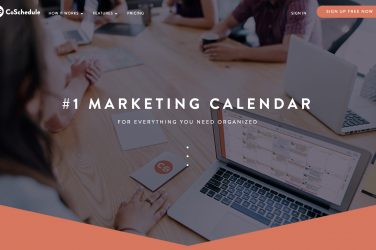 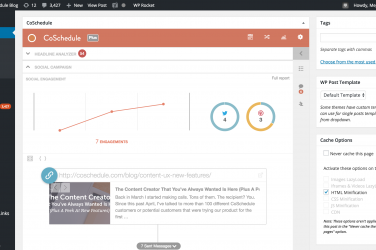 Why CoSchedule Is The Best Way To Grow Your Blog 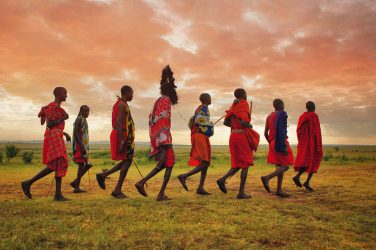